Our aim is “Enduro for all” a mix of events and venues with an emphasis on fun. From first timers to experienced enduroists we have an event for you, with racing for 11 years old onwards and even a women’s only event. For the last few years more people have raced with PMBA Enduro than any other series; make 2020 the year you join in the fun.

For the history of the PMBA Enduro Series you have to go back to the “Escape to Gisburn” Enduro in September 2013. The Gisburn Forest Trailbuilders decided they wanted to bring racing back to the forest. There is a good deal of XC and DH history from Gisburn Forest dating back to NAMBS (Northern Area Mountain Bike Series) in the 1990’s; and one of the trail building team, Kev, was also involved with NAMBS so was appointed/convinced to put on an enduro event to highlight Gisburn Forest to the wider MTB community.

As event organising is lots of work Kev approached Mike Marsden of Borderline Events to partner with the event. Mike and his Borderline team had significant and current experience of MTB DH events; even winning the tender for the 2010 & 2013 National DH Champs and various regional DH Champs in 2011/12/13, the vision of the trail builders and the experience of the Borderline team proved to be an awesome partnership and from that hugely successful event in 2013 the PMBA Enduro series was brought into life for 2014.

The Gisburn Trail Builders are part of the wider PMBA Volunteer group, so when it came to organising a series of 5 events in 2014 then Kev swapped his Gisburn hat for a PMBA one. PMBA’s network of landowner connection were used to bring to life another event idea that had been put forward to PMBA by Benji Haworth – a loop linking Lee Quarry and Havok Bike park. With Gisburn having 2 rounds, and Lee Quarry and Havok being the final round that meant 3 rounds at PMBA assisted venues, and the birth of the PMBA Enduro Series. The 2 extra rounds were hunted out and secured by the Borderline half of the team at Grizedale and Kirroughtree. 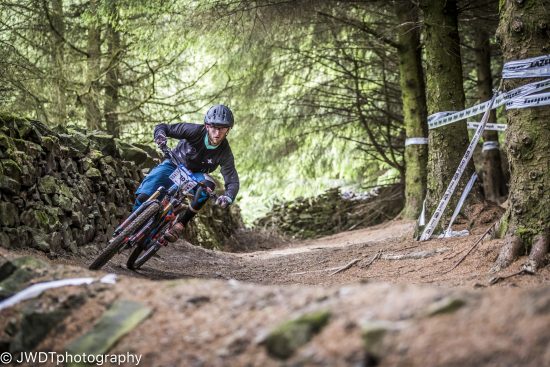 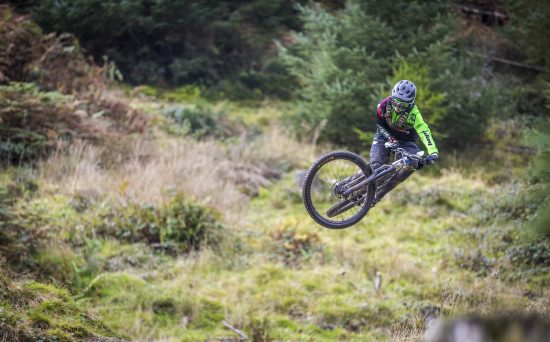 Mike and his Borderline team also took what we had done with the PMBA series and formed the sister series “Welsh Enduro Series” to bring grassroots enduro to North Wales.

Empire cycles were the first title sponsor in 2014 but in 2016 the title sponsorship was taken by Hope Technology who had supported the series from the start and stepped up to give even more support and help the events improve further.

2017 was a great year for PMBA Enduro, hosting 2 huge non-series inaugural events; the BEMBA British Enduro National Champs and the Hopetech women only Enduro were both run by the PMBA Enduro team and for the 3rd year running more people raced enduro within our events than with any other series. We are proud to have so many people enjoy what we do, and hope we can continue doing so. We are always happy to accept feedback, we organise these events for you so tell us what you like and what you don’t so we can keep delivering the events you want 🙂

2018 saw big changes at PMBA Enduro’s with Mike/Borderline stepping back and the series being run entirely by Kev (me).  I would like to think that at good job is done and it would seem you all are entering in every increasing numbers. Every round was at capacity in 2019 for the first time ever. Popularity has resulted in a rush to enter the second entries open,  here’s to 2020!

Again Hope Technology will be the title sponsor of the series, and we have 6 events to offer you,  3x one day events, and 3x 2 day “epics”. Tthere are some key people that make up the wider PMBA Enduro team, some you will know and some you won’t.